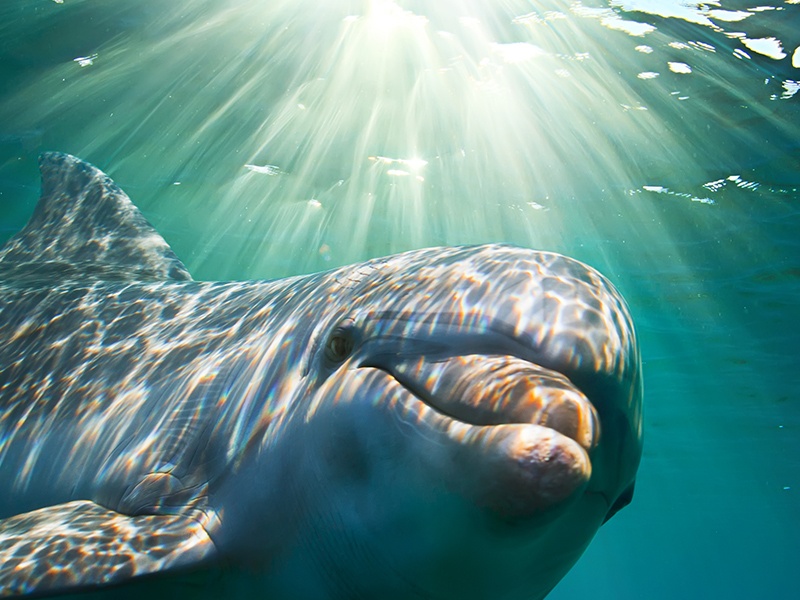 There are many other species, and the look of these beautiful creatures can vary a lot. Take a look at the drawings below, and you will see many differences!

River Dolphins: live in freshwater, and they are found in a variety of rivers around South America and Asia. They are smaller than most dolphins; with an average size of about 8 feet (2.4m) when fully mature. They can be of various colours too, including brown, grey, and black.

The Roughed Tooth Dolphin: is harder to spot out because they prefer the deeper locations. They can weigh about 350 pounds (158kg) and measure approximately 8 ½ feet(2.6m) long. They have a small head and feature a long beak, but lack the common crease on the melon that other dolphins have.

The Risso Dolphin: has a square-shaped head and no teeth in the upper jaw, but they have several peg-like teeth on the bottom jaw. They are frequently found in captivity on display because they thrive in such an environment.

The Striped Dolphin: has blue and white stripes on the body. This species is believed to have the highest population as well as the largest overall distribution of that population.

The Spinner Dolphin: is an acrobat! People love to see them perform both in the wild and when they have been trained in captivity.

The Common Dolphin: is very simple in design but also very respected in the early cultures. There is evidence that this species dates back to Greek and Roman times. 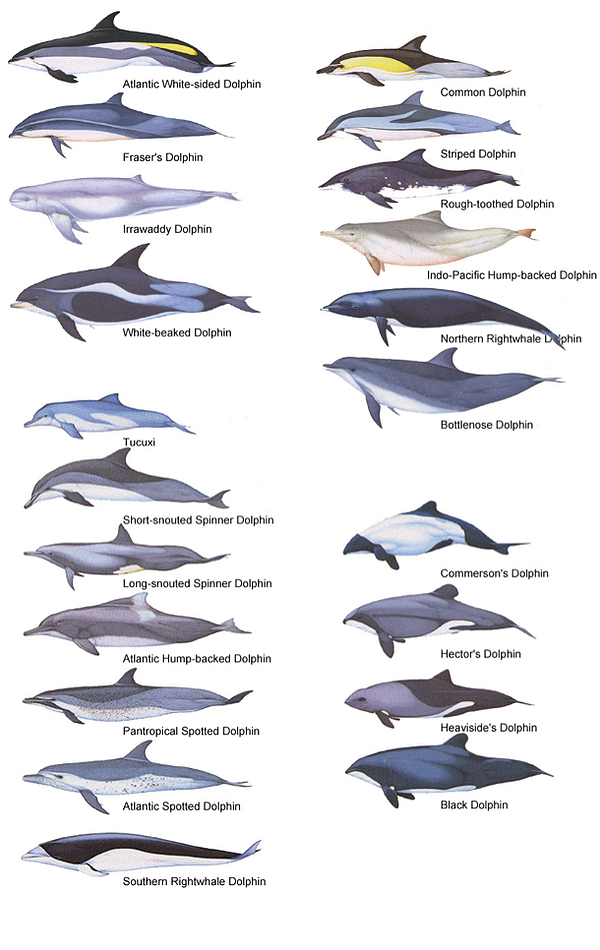 Dusky Dolphins: tend to live in water that is cooler than the temperatures for other species of dolphins. They can be found along the coastal regions as well.

The Burrunan Dolphin: In 2011, a new dolphin species was found in Big City Harbor around Australia using DNA coding. The Burrunan Dolphin is believed to be only in two areas at this time. There are about 100 of them in Port Phillip Bay around Melbourne and about 50 more of them 100 miles away in the coastal lakes of Gippsland.

Orca or Killer Whale: is the most powerful of the dolphins due to their size and their strength. They can take down seals effortlessly.

The Pilot Whale: can weigh up to 5,000 pounds (2267kg) and be up to 24 feet (7.3m) long. They are believed to be the most social of the dolphin species. They are also very vulnerable to pollution in their habitat.