Why are Whales so important ?

Whales play a key role in helping to store carbon and prevent it being released into the atmosphere. When whales die and the whale carcasses sink to the bottom of the sea (also called “whale fall”), the stored carbon is taken out of the atmospheric cycle for hundreds of thousands of years. The carcasses also provide a concentrated food source and a bonanza for organisms in the deep sea.

Whales feed in the ocean’s depths and defecate at the surface, releasing huge amounts of Nitrogen and Iron and thereby move nutrients upward through the water column closer to the surface where it fertilizes and stimulate the growth of phytoplankton, which forms the basis of all marine food chains. As whales migrate, they continue to free nutrients mobilizing their ecological value for drifting phytoplankton.

Watch the video below on why protecting WHALES MATTERS!

Cetaceans: Whales, dolphins and porpoises belong to an aquatic marine mammal group called Cetaceans (from the Greek word “ketos” which means whale). There are over 86 species of Cetaceans. Whales are divided into the following groups: Toothed whales (Odontoceti) and Baleen whales (Mysticeti).

Shape: Whales have a streamlined shape and almost no hair as adults (it would cause drag while swimming). Killer whales and Shortfin Pilot whales are the fastest, and can swim up to 30 miles per hour (48 kph). 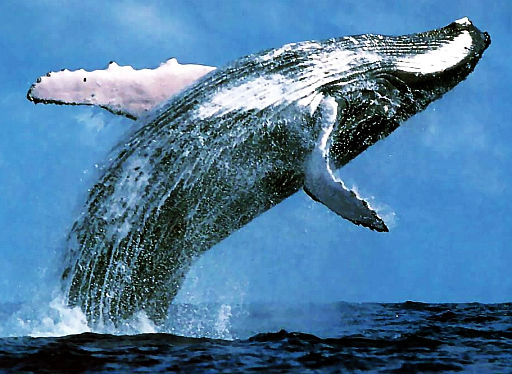 Breaching: Many whales are very acrobatic, even breaching (jumping) high out of the water and then slapping the water as they come back down. Sometimes they twirl around while breaching. Breaching may be purely for play or may be used to loosen skin parasites or might have some social meaning. 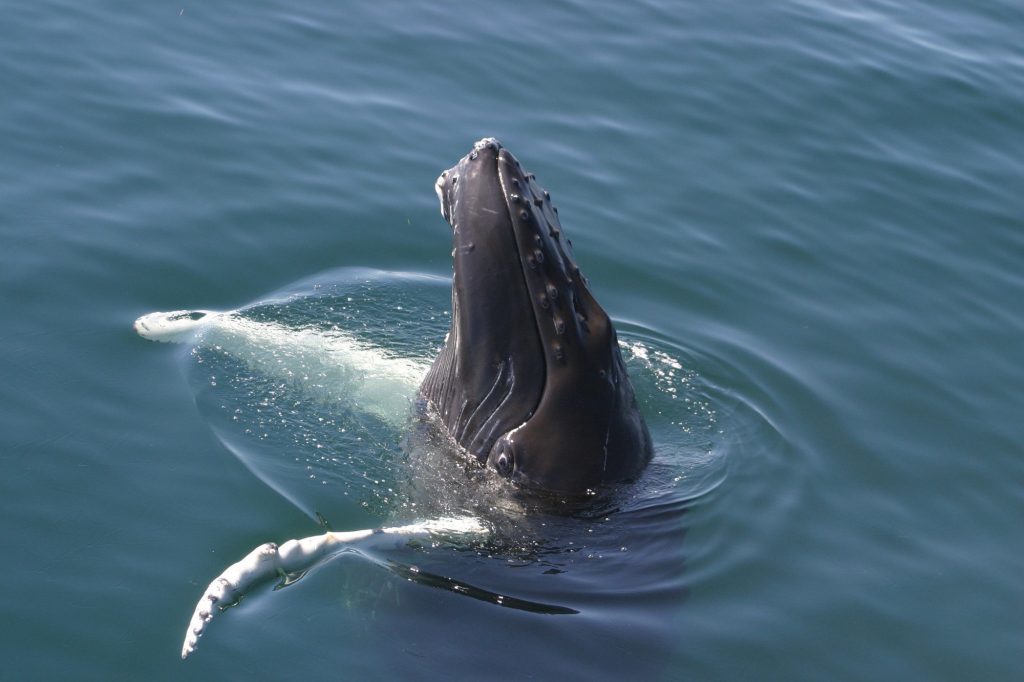 Spyhopping: This is another cetacean activity in which the whale pokes its head out of the water and turns around. 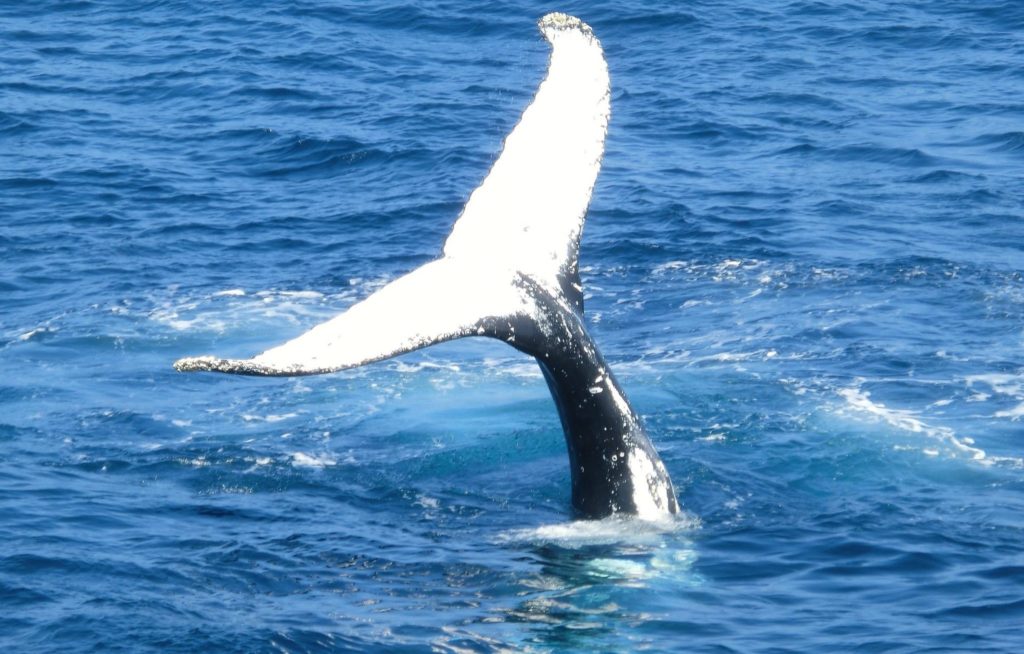 Lobtailing: Some whales stick their tail out of the water into the air, swing it around, and then slap it on the water’s surface; this is called lobtailing. It makes a very loud sound. The meaning or purpose of lobtailing is unknown, but could be done as a warning to the rest of the pod of danger.

Logging: is when a whale lies still at the surface of the water, resting, with its tail hanging down. While floating motionless, part of the head, the dorsal fin or parts of the back are exposed at the surface.

Migration: Many cetaceans, especially baleen whales, migrate over very long distances each year. They travel, sometimes in groups (pods), from cold-water feeding grounds to warm-water breeding grounds. Gray whales make the longest seasonal migration of any of the whales. They travel about 12,500 miles (20,117 km) each year.

Social Behavior: Cetaceans have very strong social ties. The strongest social ties are between mother and calf. The Toothed whales travel in large, sometimes stable pods. They frequently hunt their prey in groups, migrate together, and share care of their young.

Reproduction: Cetaceans give birth to live young who are nourished with milk from their mothers – they don’t lay eggs. Cetaceans breed seasonally, usually in warm tropical waters, and females usually have one calf every 1-3 years. The gestation times range from 9-18 months. Whale calves can swim at or soon after birth. Mother whales care for their young for an extended period of time, usually at least a year, feeding them milk and protecting them. Young cetaceans are frequently mottled in color, camouflaging them from predators. Newborns have a sparse covering of hair which they lose as adults.

Whale Songs: Complex whale’s songs can be heard for miles under the water. The humpback’s song can last for 30 minutes. Baleen whales sing low-frequency songs. Toothed whales emit whistles and clicks that they use for echolocation. The songs are thought to be used in attracting mates, to keep track of offspring, and for the Toothed whales, to locate prey.

Echolocation: is a skill that only toothed cetaceans, bats and a few birds have perfected. They send out rapid sound pulses and listen to their echo to find prey and determine their surroundings. It is thought that Sperm whales also use echolocation to stun squid with loud clicks. Clicks can be repeated at different frequencies with low frequencies travelling long distances that are highly penetrating. Toothed whales have a structure called the melon on their forehead that focuses and directs the sound waves; incoming sounds are received primarily in the lower jaw, which is filled with fat or oil that transmits the sound to the inner ear.

Communication: Marine mammals are capable of sophisticated communications because they live in a world dominated by sound, which travels much more efficiently through water. Humpback whales sing to attract females. Female pinnipeds and their pups recognize each other by their “voices.” Slapping the surface during breaching can be heard for miles. Whales have no vocal cords; they warble for up to 30 minutes between breaths just by recycling air.

Did You Know How Whales Developed? 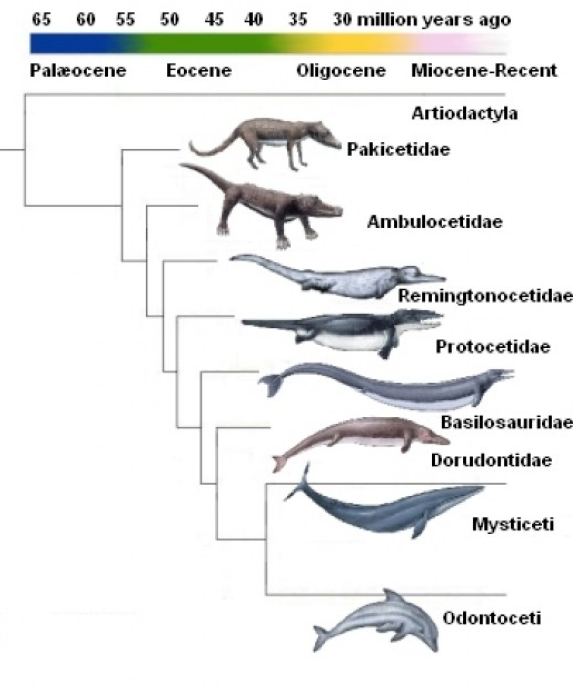 THANK THE WHALES - OUR SUPER HEROES!