Radcliffe is a former world champion in the marathon, half marathon and cross country. She has also been European champion over 10,000 metres and in cross country. On the track, Radcliffe won the 10,000 metres silver medal at the 1999 World Championships and was the 2002 Commonwealth champion at 5000 metres. She represented Great Britain at the Olympics in four consecutive games (1996 to 2008), although she never won an Olympic medal.

She ended her competitive running career at the 2015 London Marathon.

Alexandra Magalhães Zeiner is a researcher with a Marine Biology degree from Memorial University of Newfoundland, Canada. She has worked on various environmental projects in Austria, Brazil, Croatia, The Netherlands and Canada, mostly related to marine mammals and environmental issues. As a writer, she found the medium of story telling the most appropriate to gain the interest and attention of children and young people.

Émilie Fer, born on February 17, 1983, in Saint-Maurice, is a French sportswoman practicing kayak slalom. She became an Olympic champion on August 2, 2012 in London and a World Champion on September 15, 2013 in Prague. 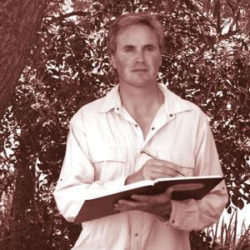 BAS is one of the worlds most highly acclaimed wildlife and nature artists. The Art of BAS receives worldwide recognition from museums, Royalty, Governments, galleries, critics and collectors of fine art.

An innate sense of design and composition, emphasising light and colour, is utilised to create a fine art original BAS oil painting. Inspiration is gained through extensive adventures in wilderness areas around the globe, the artist then captures the wonder and beauty of creation on canvas. BAS’ paintings are included in three books entitled “Best of Wildlife Art”, published in the USA.

The Art of BAS has been privileged to benefit Charitable Foundations and BAS hopes that his fine art can be used to further promote environmental concerns. It is the artists’ pleasure to share his unique vision with others through The Art of BAS.

His style of contemporary realism combines the truth of nature with his own personal vision as it accentuates colour, light and abstract form. BAS strives to be an originator rather than an imitator – to say something new to the observer – Wildlife Art Magazine, USA.