The cruel slaughter of Pilot whales each year in the Faroe Islands.

TRADITION AND CULTURE – BUT WHY?

Each year in the summer months the so called Grindadráp is taking place in the Faroes Islands. Around 800 long-finned Pilot whales and many Atlantic white-sided dolphins are killed in this non-commercial and organized slaughter which has existed as a tradition for centuries.

Anyone who has a special training certificate in slaughtering a Pilot whale with the spinal-cord lance can participate. This was not necessary earlier, but because of constant criticism from animal welfare organizations, the Faroese people try to improve the slaughtering methods in order to make them more “humane”. Still with the new method the whales suffer tremendously as most do not die instantly.

Many Faroese consider the hunt an important part of their food culture and history.

As of the end of November 2008 Høgni Debes Joensen, chief medical officer of the Faroe Islands and Pál Weihe, scientist, have recommended in a letter to the Faroese government that Pilot whales should no longer be considered fit for human consumption due to the high level of mercury, PCB and DDT derivatives.

However, the Faroese government did not forbid whaling.

There has later been discussion about how much whale meat the Faroes people should consume and current levels of mercury, PCB and DDT. Still this hasn’t stopped the hunt!

Animal rights groups criticize the hunt as being cruel and unnecessary.

The Faroese food and veterinary authority announced in 2011 their recommendation to the Faroese people regarding the safety of eating meat and blubber from the Pilot whale, because the whale is highly polluted.

The government and politicians have still not banned the consumption of whale meat and defend the senseless slaughter!

Just to continue with this cruel slaughter because of old tradition is not only unnecessary (there is enough food from other sources) but inhumane and greatly endangers our food chain and world supply.

The killing zone: Using ropes to pull the Pilot whales up the beach, the locals begin cold-blooded killing the whales without any mercy while letting even their own children watch and learn! Tied down, none of the whales are able to escape the locals’ spinal lances and are slaughtered into pieces!

How they hunt and kill

Other species are caught - and is it legal?

The Faroese legislation also permits the hunting of certain species of small cetaceans other than Pilot whales.

The Convention on the Conservation of European Wildlife and Natural Habitats (Berne Convention) classifies the Pilot whale and all cetaceans as STRICTLY PROTECTED under Appendix II, prohibiting their slaughter within European Union.

While the Faroe Islands are not a member of the European Union, they remain a Danish Protectorate. Meaning that even though the Faroes are self – governing, Denmark controls the police, defense, foreign policy, and the currency.

All trade with EU countries is handled through the Danish foreign ministry. The primary reason for NOT joining the EU was to prevent the EU from interfering in their fishing policies!

Despite the fact that the slaughter of cetaceans is banned in the European Union, including Denmark, the Grindadráp continues with the support of Danish police and navy, and with the blessing of the Danish government.

Anti-whaling Denmark, member of the European Union, ecological country and nominated as “the happiest nation in Europe”. How can they allow and collaborate in this slaughter? 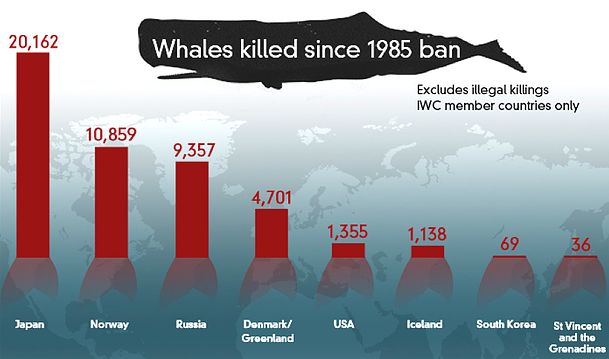