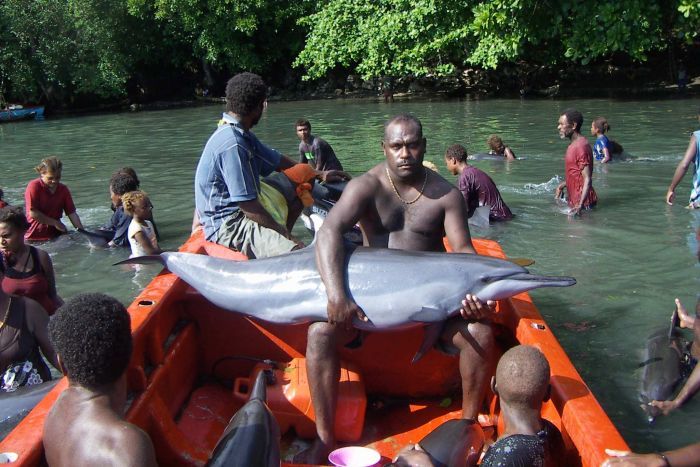 From 1976 to 2013, more than 15,000 dolphins were killed by villagers in Fanalei alone, where a single dolphin tooth can fetch the equivalent of 70 cents — an increase in value of five times just in the last decade.

“In the Solomon Islands, the hunting is as much about culture as economic value,” said Scott Baker, associate director of the Marine Mammal Institute at Oregon State University and co-author on the study. “In other parts of the world, however, the targeting of dolphins and other small cetaceans appears to be increasing as coastal fishing stocks decline. » It is also troubling that teeth are increasing in cash value, apparently creating a commercial incentive for hunting dolphins,” Baker said.

Oremus and co-author John Leqata, a research officer with the Ministry of Fisheries and Marine Resources, visited Fanalei in March of 2013 to document the impact on the population, and examine detailed records of the kills. During the first three months of that year, villagers killed more than 1,500 spotted dolphins, 159 spinner dolphins, and 15 bottlenose dolphins.

In drive-hunting, the hunters operate in close coordination from 20 to 30 traditional canoes. When dolphins are found, the hunters used rounded stones to create a clapping sound underwater. The hunters maneuver the canoes into a U-shape around the dolphins, using sound as an acoustic barrier to drive them toward shore where they are killed.

“The main objective of the hunt is to obtain dolphin teeth that are used in wedding ceremonies,” Oremus said. “The teeth and meat are also sold for cash.”

Oremus said the Solomon Island hunters understand the risk of exploiting the population. 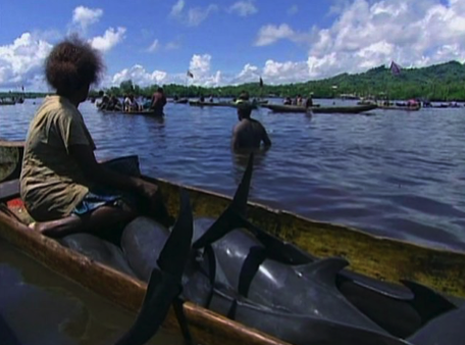