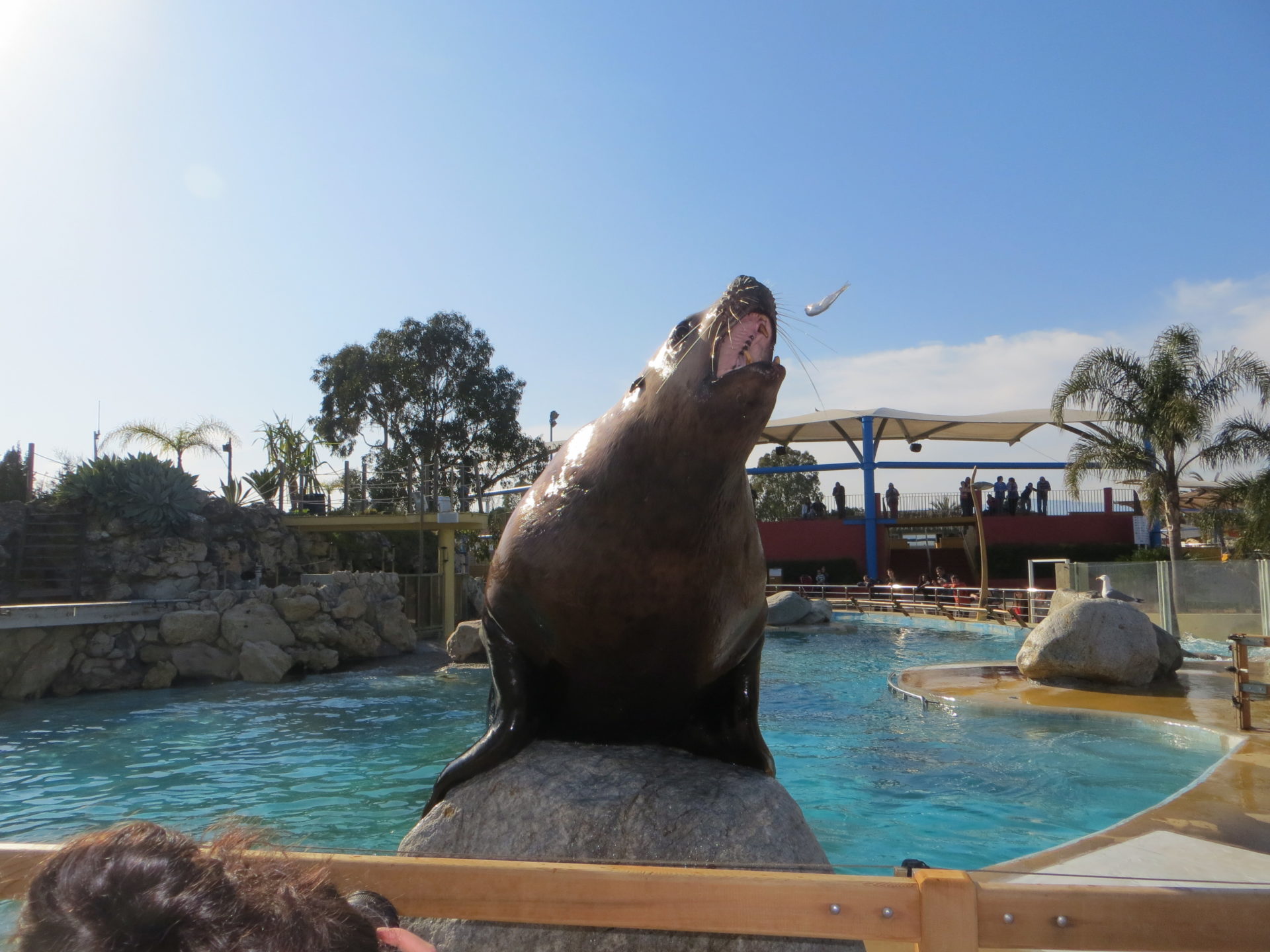 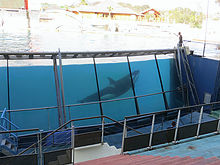 Marineland in France, the oldest Marine Park in Europe (47 years old) has just reopened after 6 months of closure due to flooding.

The Steller Sea Lion (Eumetopias jubatus) also known as the northern Sea Lion, is a near threatened species of sea lions in the northern Pacific. It is the largest of the eared seals (Otariidae).

Among pinnipeds, it is inferior in size only to the walrus and the two elephant seals.

The trainers in Marineland are no longer in the water with the Orcas after the accident at Sea World but the Orcas are still performing shows. There are 2 shows of Dolphins, Orcas, Steller Sea Lions and other Sea Lions during the winter and 3 in summer per day.

The trainers confirmed that they are NOT following the rules of Sea World in the US but are under the rules of Marineland France, which means that they are still breeding and they are all optimistic about having more Orcas, Stella Sea Lions and Dolphins in their cramped pools.

It was clear that these trainers have no sense of the suffering and shorter lives that these sea mammals endure in captivity, and do not share the views of that the wild life does not belong in captivity.

They confirmed that in general the trainers are very young as it’s physically very demanding and as their skin gets damaged from constantly being in the chlorinated water.

Despite the fact that Marineland have informative posters and show educational films during the shows, the mammals still live in captivity and are far from their natural environment.

After 6 months of renovation it is surprising to see how poorly Marineland looks.

The water in the Sea Lion tank was full of algae. The aquariums seem worn down and none looked like they have been redone and certainly not made bigger for the mammals.

Nothing has changed in the tanks…

Now, it’s essential to make Marineland realise that the mammals belong to the ocean and not in overcrowded tanks.

Orcas and dolphins live naturally in large groups, are social, friendly, playful and swim long distances every day, while in tanks equivalent of bathtubs to them,  they can only move in endless circles.

The trainers say that they enjoy the tricks and shows but what else can they do?? They are denied food if not and very bored by not seeing anything other than a tank and have nowhere to go!   They are torn away from their family and one can hear them cry endlessly when their youngs are taken away from them. (See film “the Blackfish”)

Orcas and Dolphins in captivity suffer physically as much as they do psychologically. Some orcas have destroyed their teeth by chewing on metal cage bars and all captive adult male orcas have collapsed dorsal fins, a condition that rarely occurs in wild orcas.

Their lifespan is shortened to 1/3 of their natural life expectation due to infections in tanks, boredom, depressions, frustrations, and not being able to swim long distances in their natural environment. “Orcas and dolphins navigate by echolocation, but in pools, the reverberations from their own sonar bounce off the walls, which can drive them insane. World-renowned oceanographer Jean-Michel Cousteau compared the keeping of Orcas in tanks to a person being blindfolded in a jail cell.”

Also the journey they undergo from the ocean into a plane/truck ect.. to end up in a tank is very traumatic for them and they often die before arriving at their destination.

There are thousands of Dolphins and Orcas hold in captivity around the world including the countries:

3 Polar Bears and NO ice in the southern of France?

Months of accumulation of algae in the Sea Lion tank…