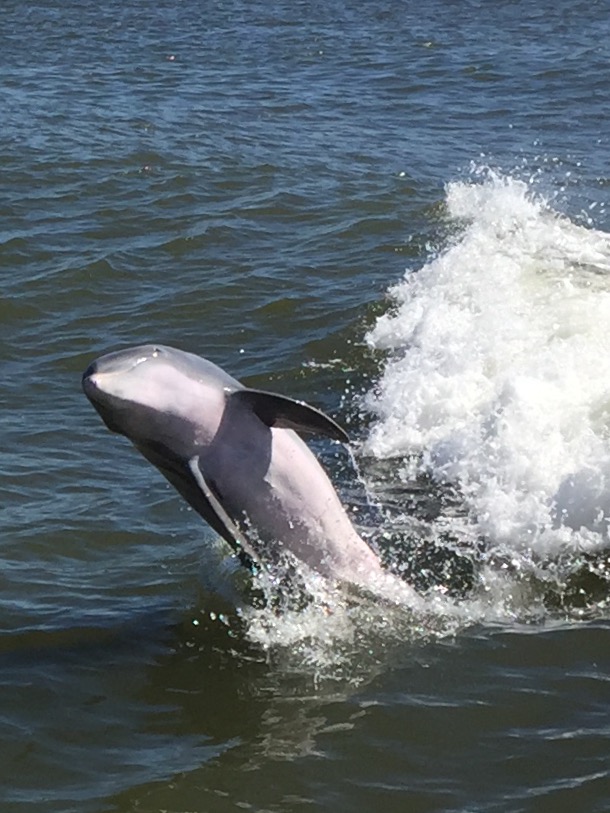 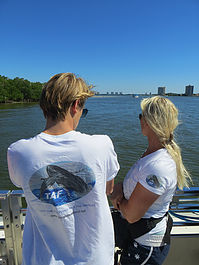 Estero Bay, Florida, is an estuary located on the west coast of the state southeast of Fort Myers Beach. The bay, an inlet of the Gulf of Mexico, is long and very shallow, and covers about 15 square miles or 39 km.
​
Established in 1966, Estero Bay was Florida’s first aquatic preserve. Protection began after a push from local fishermen who noticed that the fish population was in decline. To protect water quality, the land surrounding the bay – including mangroves and marshes – were put into conservation to buffer the bay from increasing development and is now known as Estero Bay Preserve State Park. The preserve protects the water, inlets, and islands along 10 miles of Estero Bay and provides critical habitat for many species that depend on it for migratory patterns, feeding and nesting grounds.
Due to the abundance of food, with over 7,000 acres of mangroves, hundreds of Dolphins and Manatees lives there.
​
TAF was on a boat trip watching the wildlife and despite that there were some tourist boats, the dolphins were respected by the captains and seemed to enjoy surfing after or in front of the boats.
Its forbidden to swim with the dolphins and to feed the mammals and the captains communicated the rules about protection of the wildlife.
What a joy to watch the dolphins playing, once seen in the wild, humans will understand the urgency to close all marine parks.
​
​

Manatees spend approximately 50% of the day sleeping submerged, surfacing for air regularly at intervals of less than 20 minutes. The remainder of the time is mostly spent grazing in shallow waters at depths of 1–2 m (3.3–6.6 ft). Generally, manatees swim at about 5 to 8 km per hour (3 to 5 mph). However, they have been known to swim at up to 30 km per hour (20 mph) in short bursts.
​
The main causes of death for manatees are human-related issues, such as habitat destruction and human objects. Death include adverse temperatures due to climate change and diseases due to polluted water.