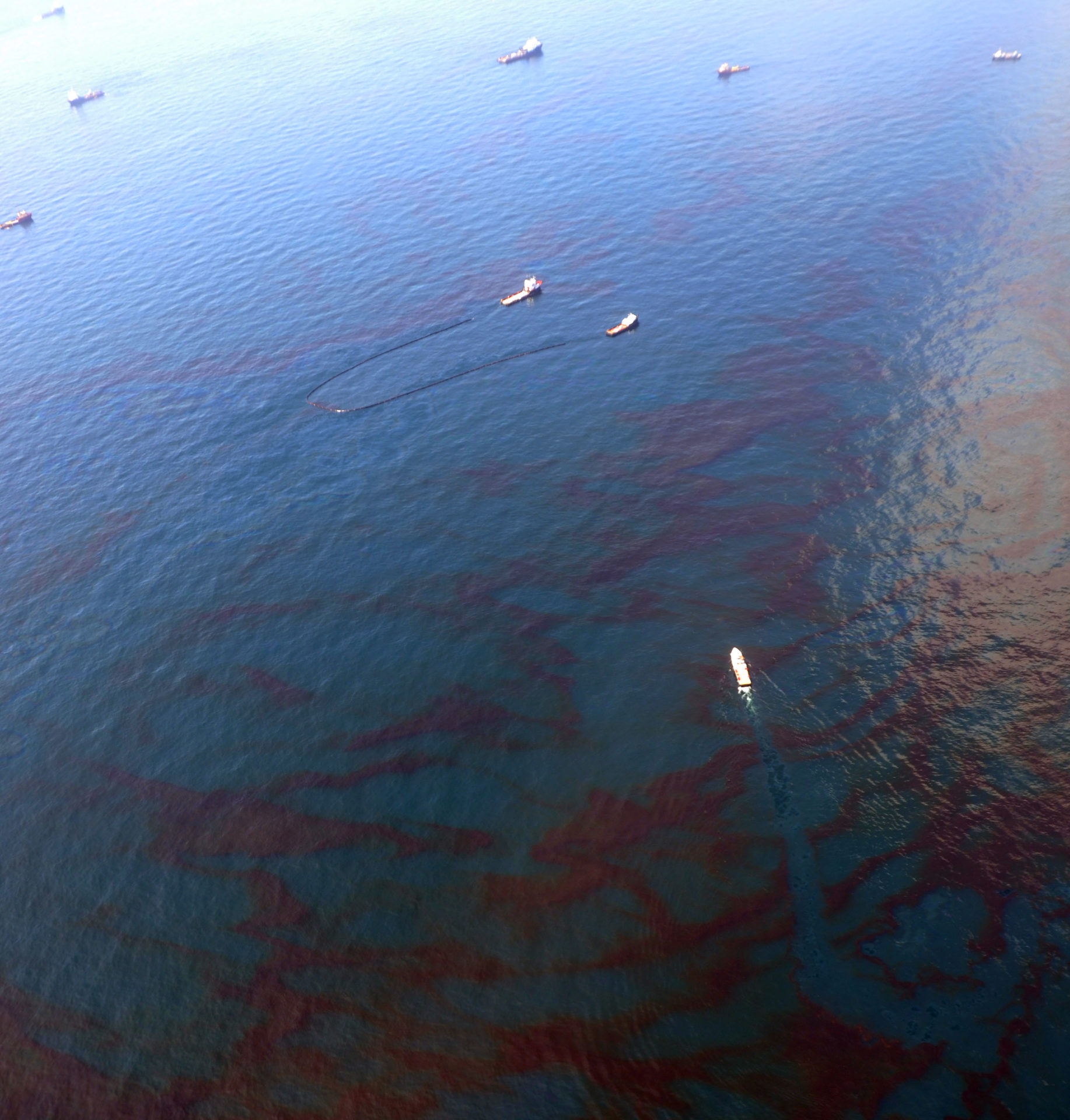 Dolphins living in a Louisiana bay polluted by BP’s massive 2010 offshore oil spill have had a very difficult time giving birth long after their bay was covered in slicks, a new study shows.

The government study is the latest by a team of scientists that has tracked the health of a population of common bottlenose dolphins in Barataria Bay, an estuary south of New Orleans covered in heavy slicks after BP’s April 2010 oil spill off the coast of Louisiana.

The researchers tracked 10 pregnant dolphins for nearly four years and found that only two of the dolphins gave birth to calves.

BP PLC’s blown-out well killed 11 workers aboard the Deepwater Horizon drilling rig and spewed more than 130 million gallons of oil into the Gulf of Mexico in 2010.

After the spill, researchers found dolphins in Barataria suffering from lung diseases and abnormalities they associated with exposure to oil contamination. Since then, the dolphins have become a focus of work to assess the effects from the oil spill.

In August 2011, about a year after oil stopped leaking from BP’s blown-out well, researchers tagged 32 dolphins and followed them to see what happened.

The new study found they’ve suffered from a high mortality rate and chronic diseases that have hurt the animals’ ability to reproduce. The study said the effects of the spill “have been long-lasting.”

“The take-home message is that this dolphin population, as well as other dolphin and whale populations that were exposed to the Deepwater Horizon oil, will take a long time to recover,” said Lori Schwacke, a wildlife epidemiologist with the National Oceanic and Atmospheric Administration. She was the lead researcher.

Schwacke said data on 2013 and 2014 reproduction rates show continuing problems. Those data were not included in the new paper.

Dolphins are slow to reach reproductive maturity, and once they do- it takes about a year for them to give birth. They only give birth to a single calf every three to five years. In a recent report on restoring the Gulf, government scientists say it could take decades for mammal populations to recover from the spill.

Cynthia Smith, the executive director of the National Marine Mammal Foundation and a researcher in the study, said the dolphins are most likely suffering lingering health problems from when they swam in the oil slicks covering Barataria.

Researchers estimated that there were about 2,300 dolphins living in Barataria at the time of the spill and that about 35 percent of them died because of the spill.

The Gulf Coast between Alabama and Louisiana is home to the nation’s largest population of dolphins, said Moby Solangi, the head of the Institute for Marine Mammal Studies in Gulfport, Mississippi.

Solangi, who was not part of the study, said he welcomed it, but that more work needs to be done to determine with even more certainty the environmental insults the dolphins are suffering from.

“Barataria was a polluted bay prior to the oil spill, and it will continue to be so,” Solangi said. He said the long-term health of dolphins, and other mammals, depends on making sure other sources of pollution are dealt with too, such as other oil spills and contaminants carried down the Mississippi River.

“You have to connect the dots, and the dots have not been connected,” he said. “We have to look at the overall ecosystem to see how these animals will recover.”