Update on the Faroe Islands’ tradition!

The inhabitants are in general very open about the whale drive BUT it seems like they have all been brainwashed and educated to repeat exactly the same words to our questions!
​
They are a proud nation and want 100% to continue with their tradition. The actions from activists the last years have made them even more protective of their tradition and culture especially the young generation who now want to show the world that NO ONE shall come and interfere in their culture!​

​
The Faroe Islanders own view of the GRINDADRAP : 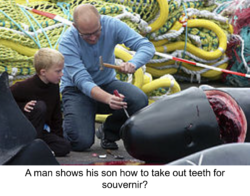 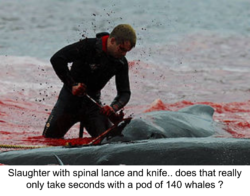