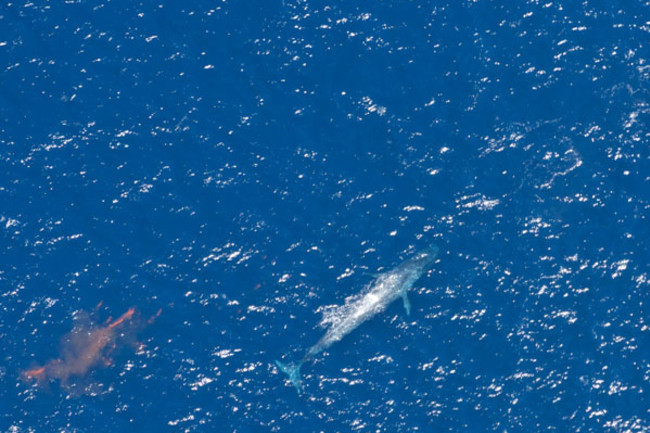 Giants once roamed the earth. 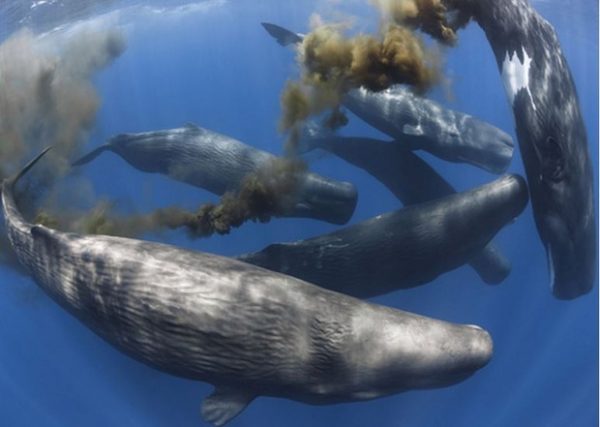 A new study shows that these whales and outsized land mammals — as well as seabirds and migrating fish — played a vital role in keeping the planet fertile by transporting nutrients from ocean depths and spreading them across seas, up rivers, and deep inland, even to mountaintops.

However, massive declines and extinctions of many of these animals have deeply damaged this planetary nutrient recycling system, a team of scientists report.

“This broken global cycle may weaken ecosystem health, fisheries, and agriculture,” says Joe Roman, a biologist at the University of Vermont and co-author on the new study.

On land, the capacity of animals to carry nutrients away from concentrated “hotspots,” the team writes, has plummeted to eight percent of what it was in the past — before the extinction of some 150 species of mammal “megafauna” at the end of the last ice age.

And, largely because of human hunting over the last few centuries, the capacity of whales, and other marine mammals, to move one vital nutrient — phosphorous — from deep ocean waters to the surface has been reduced by more than seventy-five percent, the new study shows.

“Previously, animals were not thought to play an important role in nutrient movement,” said lead author Christopher Doughty, an ecologist at the University of Oxford.

But the study shows that animals are a crucial “distribution pump,” the scientists write, transporting masses of faecal matter to fertilize many places that would otherwise be less productive, including ocean surface waters and the interior of continents.

Traditionally, scientists studying nutrient cycling have focused on weathering of rocks and nitrogen collection by bacteria — largely ignoring animals. This view assumed that the role of animals was minor, and mostly that of a passive consumer of nutrients.

“However, this notion may be a peculiar world view that comes from living in an age where the number and size of animals have been drastically reduced from their former bounty,” the team of nine scientists write.

“This study challenges the bottom-up bias that some scientists have — that microbes are running the show, and phytoplankton and plants are all that matter,” says Joe Roman, a whale expert in UVM’s Rubenstein School of Environment and Natural Resources and the Gund Institute for Ecological Economics.

“This once was a world that had ten times more whales; twenty times more anadromous fish, like salmon; double the number of seabirds; and ten times more large herbivores — giant sloths and mastodons and mammoths,” says Roman.

On land, before the rise of modern humans, there were elephant-like gomphotheres the size of a backhoe, deer with twelve-foot wide antlers, and bison herds to the horizon.

These were just a few of the huge animals that could eat huge amounts of plant matter, accelerating the release of nutrients through digestion and carrying these nutrients away from feeding areas to higher ground through their deposit of faeces, urine and, upon death, decomposing bodies.

Overall, the scientists calculate that this animal-powered, planetary pump may have dropped to just six percent of its former capacity to spread nutrients away from concentrated sources on both land and sea.

A series of recent studies show that large animals appear to disproportionately drive nutrient movements. To make their new study, the team — including scientists from University of Oxford, University of Vermont, Harvard University, Aarhus University in Denmark, Princeton University, Netherlands Institute of Ecology, and Purdue University — used these findings and other existing data about historic and current animal populations.

Then they applied a set of mathematical models to estimate the movement of nutrients vertically in the oceans and across the land — and how this movement changed with extinctions and declining animal populations.

For example, whale densities are estimated to have declined by between 66 percent and 90 percent over the last three centuries due to commercial hunting, the study notes.

Most grievously, 350,000 blue whales, many over one hundred tons, used to inhabit oceans around the globe. Only a few thousand now remain.These and other great whales feed in the depths — and then defecate at the sun-lit surface “in a flocculent, liquidly cloud,” says Roman.

In particular, the new study examined phosphorous, a nutrient critical for plant growth. Prior to the era of commercial hunting, the scientists estimate that whales and other marine mammals annually moved around 750 million pounds of phosphorus from the depths to the surface. Now that figure is about 165 million pounds — some 23 percent of former capacity.

The team also gathered data on seabird and fish populations that feed in the sea and then come onto land — like ocean-going salmon that move up rivers to defecate, spawn and die. Movements by these birds and fish once carried more than 300 million pounds of phosphorus onto land each year, but that number has declined to less than four percent of past values as a result of destroyed seabird colonies, habitat loss, and overfishing.

“Phosphorus is a key element in fertilizers and easily accessible phosphate supplies may run out in as little as fifty years,” says Oxford’s Chris Doughty. “Restoring populations of animals to their former bounty could help to recycle phosphorus from the sea to land, increasing global stocks of available phosphorus in the future.” 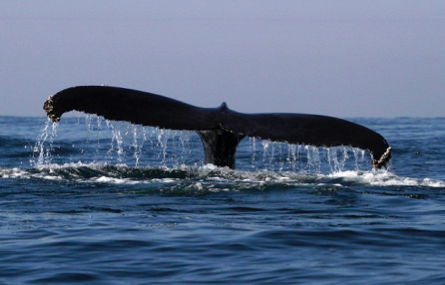